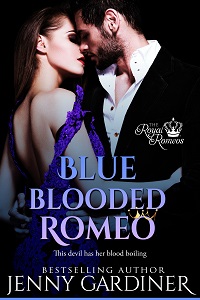 This devil has her blood boiling…

Stella Whitaker’s never been one to mince words. But on a flight to Paris, instead of sending a seat-chat message to her friend about the guy who cut in front of her in the boarding line, she inadvertently sends it to the man himself, letting him know in no uncertain terms what she thought about him.

Dominico Romeo has no patience for annoying women, particularly when he’s short on sleep and feeling overwhelmed. So when he politely points out to a woman in front of him that she’s in line prematurely for her boarding zone, he’s less than pleased that she lashes out at him. He shrugs it off, until the two of them end up paired together in a professional wine class that might just drive him to drink.