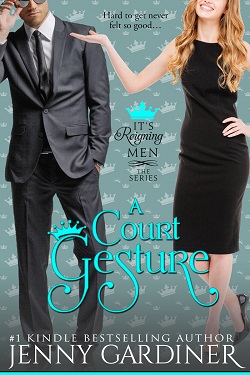 Hard to get never felt so good…

Prince Luca of Monaforte is a player. Or so the tabloids claim. Rarely is he seen without a gorgeous, tall, blonde celebrity on his arm, and never has he had to so much as lift a finger to woo any female within a fifty-mile radius of him. Until he meets Larkin Mallory, a journalist he encounters who is covering fashion week.

Petite, blonde-haired Larkin Mallory would rather stick a toothpick in her eyeball than have to sit through an interview with the arrogant young prince from Monaforte, who clearly thinks he’s all that. But when her boss gives her the choice: interview him or be fired, she makes sure Luca is in for the most uncomfortable interview he’s ever had to suffer through. Too bad for Larkin that being as formidable as a medieval fortress only makes Luca want to win her to his side even more.