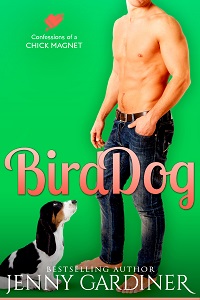 Book 4: Confessions of a Chick Magnet

Elise Jackson is going through the motions of yet another wacky bachelorette party scavenger hunt, counting the minutes till martini time, when she accidentally ends up in a close encounter with the man who practically tore her heart out of her chest years earlier. Now she just needs to get through the weekend unscathed and she can pretend she never touched the man. Until she finds out he’s a groomsman in her good friend’s wedding, and she’s been paired up with him the whole. damned. weekend.

Will Montgomery thought he could kill two birds with one stone—back in town for a wedding, he and some friends decided to set up a hugging station to raise money for a buddy’s son who needs expensive surgery. Only who does he get stuck hugging but the woman he once thought he was going to marry, who now would rather see him under the wheels of a bus than wrapping his arms around her? But once he feels his body pressed to hers, he realizes that the one that got away was now within arm’s reach and he’s not prepared to let her go yet again.